He is proud to be chosen as the artist displaying important periods in Pike's life and happy to visually (paint) what Pike saw. 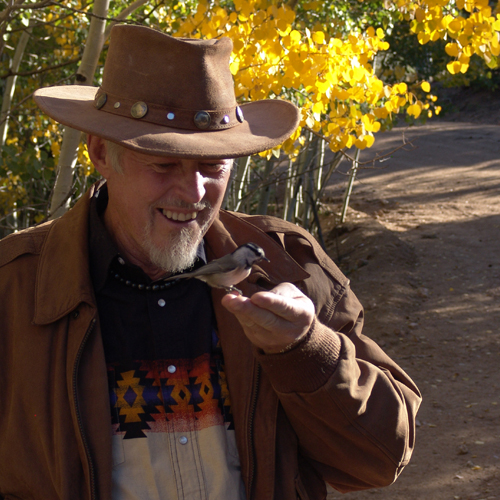 Ed is a Colorado native. After high school and a summer as a lumberjack, he decided to attend art school. He holds a diploma from the Colorado Institute of Art and also for schooled at the prestigious Art Ctr., College of Design in Los Angeles.

He was a “missionary artist” with New Tribes Mission from 1964-70, then worked has a Senior Artist at Walt Disney World from 1979-94 designing a wide variety of art from posters to billboards to television and concepts for Disney Parks worldwide.

Art credits include: “One of America’s Top Wildlife Artists.“

He is proud to be chosen as the artist displaying important periods in Pike’s life and happy to visually (paint) what Pike saw, especially in his native Colorado.

Ed and Suzie were married 54 years and she is deceased. Ed has three children and eight grandchildren most of whom are artistically gifted.