Reaching Into The Past

Captain Zebulon Montgomery Pike and his men set foot into the Upper Arkansas River Valley and Chaffee County from Park County on Thursday, December 18, 1806 at Trout Creek Pass [9400’]. (Above art is by the late, retired Disney artist, Ed French. It is available as a poster, or a notecard.) “Marched and crossed the... 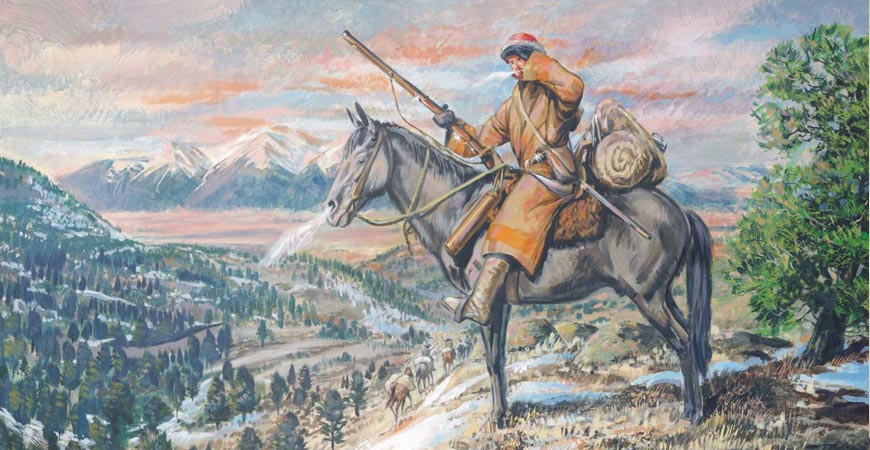 Captain Zebulon Montgomery Pike and his men set foot into the Upper Arkansas River Valley and Chaffee County from Park County on Thursday, December 18, 1806 at Trout Creek Pass [9400’]. (Above art is by the late, retired Disney artist, Ed French. It is available as a poster, or a notecard.)

“Marched and crossed the mountain which lay south-west of us, the distance of 7 miles, arrived at the small spring; some of our lads observed, they supposed it to be [a tributary of] Red river, to which I then gave very little credit. On entering a gap to the next mountain, came past an excellent spring which formed a fine creek, which we followed through narrows in the mountains for about 6 miles; found many evacuated camps of Indians the latest yet seen, after pointing out the ground for the encampment, the doctor [Robinson] and myself went on to make discoveries (as was our usual custom,) and in about 4 miles march we struck (what we supposed to be the Red river) it’s here was about 25 yards wide, ran with great rapidity. We returned to the party with the news, which gave general pleasure. Determined to remain a day in order to examine the source. Distance 18 miles. Snowing.” 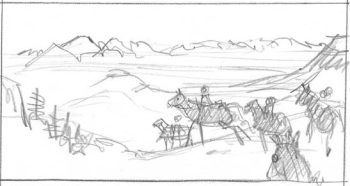 Pike’s Sketch of Trout Creek Pass, showing Buffalo Peak to the right, the Collegiates (top), and Marmet Peak (center), along with several of Pike’s men at the top of the pass.

The party separated on Sunday with the doctor and Baroney ‘marching’ downstream to hunt. “Myself and the two men who accompanied me (Mountjoy and Miller) ascended 12 miles and then encamped on the north side, the river continuing close to the north mountain and running through a narrow rocky channel and in some places not more than 20 feet wide and at least 10 feet deep. Its banks bordered by yellow pine, cedars, &c.”

As you just read, Pike was aware of narrow rocky areas of the River at Twin Lakes. After Pike caught up with his men, they spent Christmas near Salida [on the ‘plug’ referred to below], and soon found they were on the Arkansas River after entering the Royal Gorge.

If the accompanying terrain map is considered, there is a continuous path south from Twin Lakes/Leadville to Alamosa and today’s Rio Grande. The narrow portion in the Poncha Valley is approximately 300 ft wide.

If the accompanying elevation diagram is considered there is hurdle to cross in the Poncha Valley.

For this to have happened a great deal of material would have to been moved to divert the hypothetical Rio Grande and Arkansas River.

When a volcano is active the earth’s magma is close to the surface. Areas rise and the surrounding area sinks as the material moves in to cause the rise.

We asked Dr. Matthews, former Colorado Geologist and principle at Leadville Geology, “How much of the Collegiate Mountains are volcanic in nature and play a role in elevation change?”

His answer, “It does not appear that volcanic activity played much of a role in the creation of the Upper Arkansas Valley and the uplift of the Sawatch Range.  Most of the recent volcanic activity in the area took place between 36 and 26 million years ago (before creation of the valley and the range). That activity was widespread in Colorado and probably covered 2/3 of the state with volcanic deposits. The uplift and synchronous down-dropping has occurred in the past 26 million years. The one thing I can say with certainty is that the Arkansas did not flow into the San Luis Valley since humans have been on earth.” 1

It is possible that over long periods of time glacier/ floods & action and water flow plugged up the Rio Grande and diverted the Arkansas at Poncha Springs? 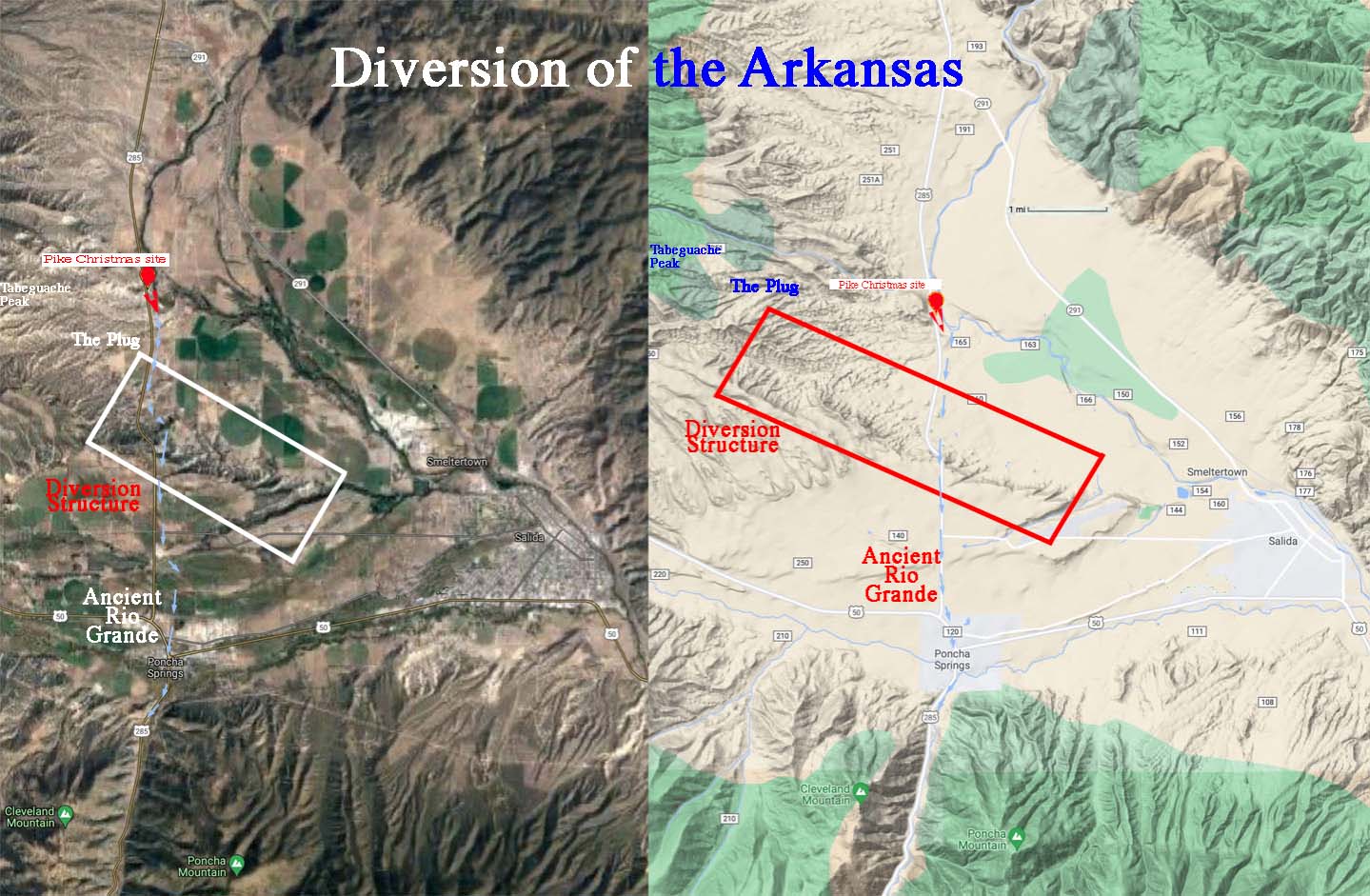 The Poncha Valley is narrow. Debris, given time, could have filled  [approximately 6 miles x 300 ft wide x 1,800 ft] it up and continued to dump into the San Luis Valley.

Till [rocks and soil] can be seen on US 285 and road crews have exposed it and have used it in the Valley.

The hilly area below Mt. Shaven and Tabeguache Peak appears as the probable Arkansas River diversionary structure and likely plug for the ancient Rio Grande. It appears that there was a landslide below Tabeguache Peak.

This hypothesis cannot be proven or disproven, but collected information should be considered.

You can be the judge!