America’s Mountain is named for Zebulon Montgomery Pike, as is the Pike National Forest, in which Pikes Peak is located.

On November 22, 1806, Zebulon Montgomery Pike, Dr. John Robinson, John Brown and Theodore Miller began their attempt to climb America’s Mountain. On November 26, 1806 they summited 11,504-foot (3,506 m) Mt. Rosa which is 1/2 mile below and 5 miles south of the Pikes Peak summit. They returned to today’s Pueblo, CO because of snow, cold and hunger. 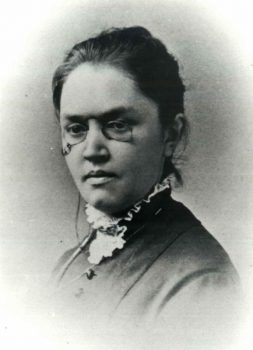 Katherine Lee Bates found this to be so, in the early 1890’s, and especially true from the summit of Pikes Peak.

Katharine Lee Bates originally wrote the lyrics for America the Beautiful as a poem pre-1895, and it was originally entitled “Pikes Peak”. Later, the poem became entitled “America.”

Its music was composed by New Jersey church organist, Samuel A. Ward, in 1892. score with words was first entitled “America the Beautiful” in 1910.

This song for America’s Mountain is one of the most popular of the many U.S. patriotic songs, and has many different arrangements and recordings because it is so popular.

US Navy Band "America The Beautiful"

Oh, beautiful for spacious skies,
For amber waves of grain,
For purple mountain majesties
Above the fruited plain!

America! America!
God shed his grace on thee,
And crown thy good with brotherhood
From sea to shining sea.

Oh, beautiful for pilgrim feet,
Whose stern, impassioned stress
A thoroughfare of freedom beat
Across the wilderness!

Oh, beautiful for heroes proved
In liberating strife,
Who more than self their country loved,
And mercy more than life!

America! America!
May God thy gold refine,
Till all success be nobleness,
And ev’ry gain divine.

America! America!
God shed his grace on thee,
And crown thy good with brotherhood
From sea to shining sea.

And crown thy good with brotherhood, from sea to shining sea!

IN RECOGNITION OF THE NOTABLE CAREER OF
ZEBULON MONTGOMERY PIKE
SOLDIER EXPLORER
THE PEOPLE OF COLORADO
HAVE PLACED THIS TABLET ON THE SUMMIT
OF THE GREAT MOUNTAIN FIRST SEEN BY PIKE
NOVEMBER 15, 1806.

THIS TABLET COMMEMORATES THE ONE HUNDREDTH
ANNIVERSARY OF PIKE’S SOUTHWESTERN EXPEDITION.