The 4 Colorado Wildfires near Pike’s Route

Article by Allan Vainley We have reported fires on the Pike route in the Wet Mountain Valley and at the Royal Gorge in the past. There are currently (7/7/18) 15 wildfires raging in Colorado. 4 of them are close to where Pike’s crew passed in December 1806 and early January, 1807. Today more than 60... 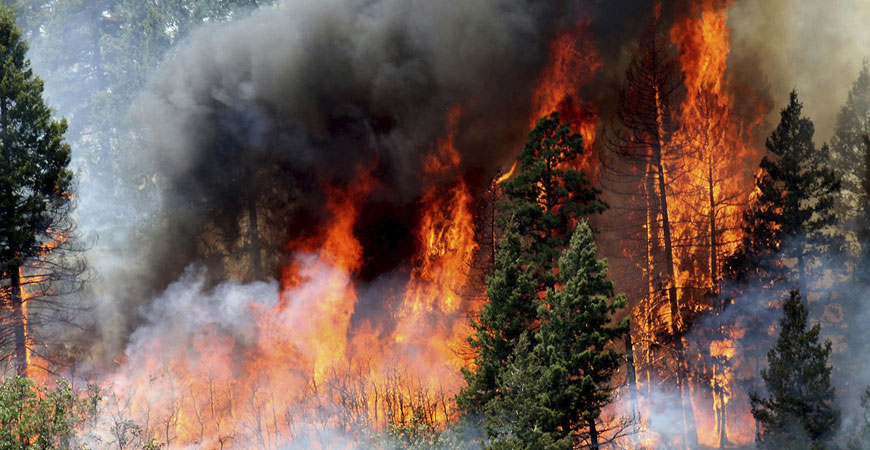 We have reported fires on the Pike route in the Wet Mountain Valley and at the Royal Gorge in the past. There are currently (7/7/18) 15 wildfires raging in Colorado. 4 of them are close to where Pike’s crew passed in December 1806 and early January, 1807.

Today more than 60 large wildfires are burning across U.S. Wildfires are part of the cycle of life. Some will remember a massive wildfire in Yellowstone NP, WY in 1988. Today this supervolcanic caldera blossoms abundantly. It took years but it is beautiful today.

While wildfires have their benefits, they also have their dangers for humans and wildlife as well as structures. The danger for fire responders is real. We are concerned about these aspects. High winds, lightening and drought conditions have plagued Colorado for several years.

The Weston Pass Fire in South Park is the closest to Pike near Hartsel (12/17/1806) and the Denver Water’s Antero Reservoir. Winds have been spreading the fire. On July 5 a tornado touched down on edge of Weston Pass fire in Park County. This doubly rare event was only the sixth tornado recorded in Park County.

The Adobe Fire is on the eastern side of the Wet Mountain Valley near where 9 of Pike’s men got frostbite after falling in Grape Creek on 1/17/1807.

The Great Sand Dunes National Park is very close where Pike encamped and wrote these famous words about the Dunes “Their appearance was exactly that of the sea in a storm, (except as to color) not the least sign of vegetation existing thereon.” on Jan. 28th. This fire is within 14 miles of where Pike stepped.

So far this year the longest lasting wildfires in Colorado are the “416 Fire” & “Burro Fire” in La Plata County about 10 miles N of Durango. They have been burning since the first week of June and continue at 50% containment. High winds and drought conditions continue to plague the area.

When we drove past the Weston Pass fire on July 10th we saw that it was 100% contained and on July 11th a large tanker plane flew over our campsite at the Great Sand Dunes and Mount Blanca enroute to dump water on the Spring Creek fire.