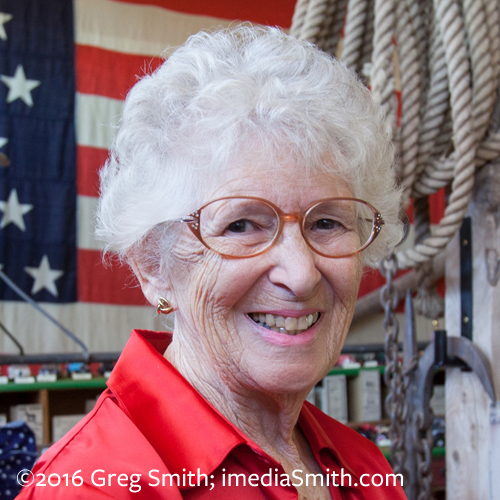 Dorothy will be greatly missed. We so appreciate her long, and enthusiastic service, not only to our organization, but to many other historical organizations.

Dorothy was born in St. Louis, Missouri. Her father’s side of the family homesteaded near Fort Belle Fontaine, Missouri (near St. Louis.) Fort Belle Fontaine was the first fort of the West (west of the Mississippi River.) That is where Zebulon Montgomery Pike started both of his journeys in 1805 and 1806, first up the Mississippi River and then across Missouri and on to the West.

She moved to Colorado in 1962 and continued exploring Pike’s venture to the Southwest. She has always been active in many civic activities and describes herself as – A Historian forever. She spent most of her life in business management in retail, lumber manufacturing and hardware.

She moved to Westcliffe in 1979 after she and her daughter owned their own printing business in the Denver area and Bailey, CO.

She was president of the Custer County Historical Genealogical Society since its beginning. She is now Silver Cliff Museum Curator for the Town of Silver Cliff and lives in Silver Cliff, CO. She is a member of the Daughters of the American Revolution.

Pike traveled through Westcliffe and the Wet Mountain Valley in the winter enduring dreadful difficulties. A Pike monument at the Museum lists the names of men on the 2nd Expedition. A wonderful sign (Roadside Panel) at the Pike Triangle in Silver Cliff gives maps of his route and notes Pike’s passage in the Valley as “the crucible of his Expedition” with a temperature of -10˚F and 9 men with frostbite.